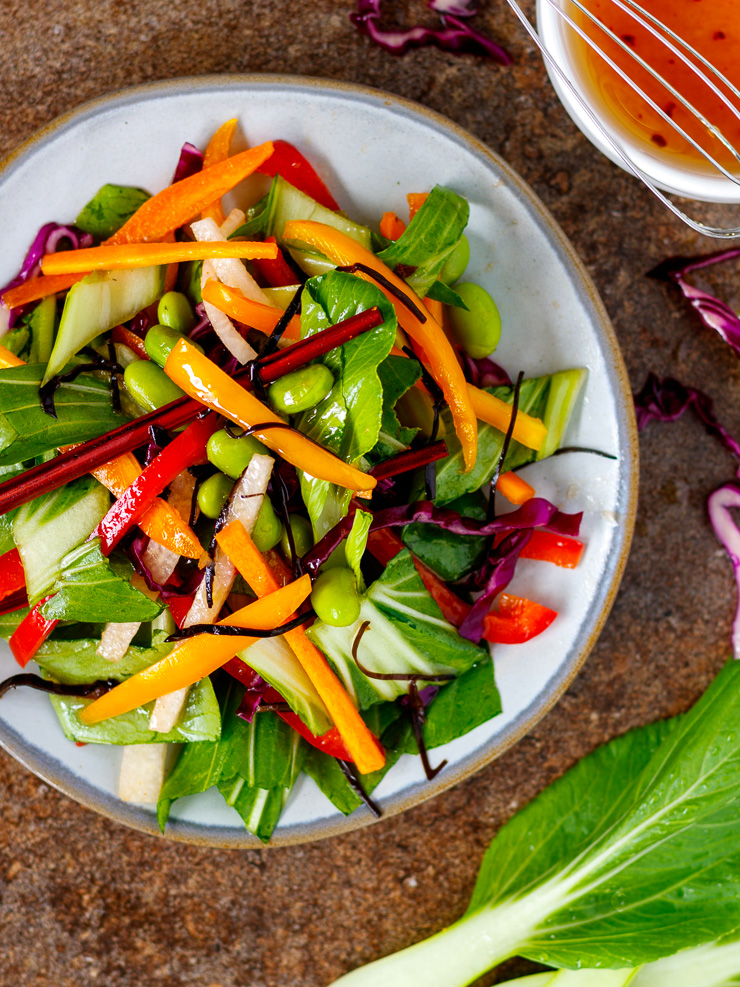 Sesame and Ginger Rainbow Salad is a mouth-watering medley of crisp and juicy vegetables. It has an impressive variety of ingredients glistening with the sort of dressing you want to drink straight from the bottle.

It’s worth noting that it starts with bok choy. Not only does bok choy hold up when mixed with the sweet sesame dressing, but its flavor is a superb match for the Asian theme of this colorful salad.

What is rainbow salad?

Do you eat the rainbow? Or maybe you are asking, what the heck does that mean? I was first introduced to this idea back in the 1970s when eating predominantly raw foods was trending.

Basically, including plants from a full spectrum of color is an easy way to have gorgeous plates that also keep us strong and vital. Thus, a rainbow salad has nutritious ingredients that represent all the colors of the rainbow.

Isn’t it magnificent that something as exquisite as bringing more eye candy to our plate also has health benefits?

If you are a bit curious about science, or nutrition, you might enjoy this excellent article. It goes into detail about how each food color group has its own unique phytonutrients.

However, for now, I really must show you how delicious this healthy combination is.

Each time I make the salad, I think to myself, should I include the steamed edamame? That’s only because I am particular about how I eat edamame and don’t enjoy it in all recipes.

But inevitably, I do include it. Ultimately I end up so happy I didn’t leave it out. The little nuggets coated in lightly sweet sesame dressing have the most delightful bite. They are perfect mixed with the other crisp and crunchy vegetables in the salad. So, even if you aren’t a big fan of edamame, I invite you to try it in this recipe.

What can I substitute for umeboshi plum vinegar?

Umeboshi plum vinegar has a remarkably unique taste that makes this salad dressing genius. However, if you need to make a substitution in this recipe you can mix red wine vinegar with a little maple syrup. You’ll also need to add salt to taste when you toss the salad. That’s because umeboshi plum vinegar is salty on its own.

Can it be made in advance?

Yes, absolutely. It’s terrific for a make-ahead meal, box lunch, or picnic. Simply pack your salad and dressing separately and toss to combine when you’re ready to eat it.

Jicama can be awkward and tedious to peel if you tackle the whole round root. Start by purchasing squat-shaped jicamas at the market to make your task easier.

Instead of trying to peel it like a potato, cut straight down on the fat cheeks with a wide knife to create a square block without any skin. This slices beautifully into match sticks.

Then, you can more effortlessly peel the lopped-off sections and chop them into small chunks for other recipes. Diced jicama would be delicious tossed into my Quick Homemade Salsa Fresca.

Because it’s easy to prepare and stores well, Sesame and Ginger Rainbow Salad will have you coming back for more. 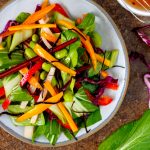 Umeboshi plum vinegar adds a special flavor to the salad. If you need to make a substitution, mix red wine vinegar with a touch of maple syrup. Then salt salad to taste when tossing. Umeboshi plum vinegar is quite salty on its own. Salad and dressing keep well for 3-4 days  if made in advance. Store separately and toss just before serving. 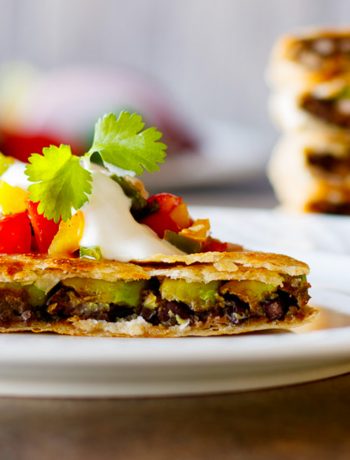 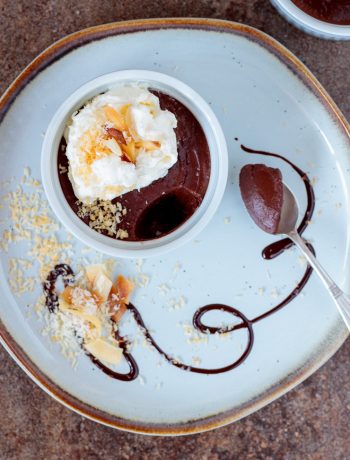