If you have your own vegetable garden or are on the lookout at your local farmer’s market, you may spot some choice beets with tender, perky greens still attached. Then you absolutely must try this crostini recipe with oven-roasted beets, vegan buttered greens, and sweet balsamic syrup.

Crostini and bruschetta are very similar Italian side dishes with elements that overlap. So, I thought you might like to know what the differences are.

Bruschetta in its most classic form is made from larger pieces of bread that are grilled and show char marks. The hot toast is rubbed with raw garlic, drizzled with olive oil, and sprinkled with salt. At that point it’s so delicious it’s often eaten plain without any topping at all. Then it’s called fett’unta.

Crostini on the other hand is rarely eaten without toppings. It’s made from smaller, thinner slices of bread that are baked or toasted. The toppings can be just about anything you dream up. I find combining three to four savory, juicy, and herbaceous ingredients that complement each other always makes a winning appetizer.

As you can see below, I borrowed a tradition from making bruschetta by rubbing garlic cloves over these smaller toasts. It really is a brilliant way to flavor them.

I also trimmed the crusts from bread slices to make adorable crostini. Before you cry sin, consider how much easier these appetizers are to eat. After all, you want to get to the buttered greens and lush beets dripping with sweet balsamic glaze right away.

I used a loaf of homemade sourdough bread for this recipe. However, any round boule of country-style bread from the bakery would be fine. To keep things simple, I baked them in a toaster oven.

It’s a great way to use sliced bread that’s a little stale. Each large slice can yield two oval crostini if you trim the crust and cut the crostini out as pictured here.

Brush the unbaked crostini with olive oil and toast until golden and very crispy. Then when you rub a raw garlic clove over the surface of the bread, the toast acts as a grater and takes up all the garlicky flavor.

Now we can talk about the next exciting ingredient, oven-roasted beets. They have a sweetness that just can’t be captured when beets are steamed or boiled.

You don’t have to wrap them in foil or add oil before baking. Instead, leave the skin on, quarter them and toss them in an oven-proof baking dish. Add a half-inch of water, cover with a lid and you’re ready to go.

When the beets are finished, the skins will slip off and they will have a much deeper color than when boiled or steamed. Add that to the beets’ smooth and succulent texture and I hope you are convinced it’s worth oven-roasting beets ahead of time. Extras can be used in scrumptious salads and your crostini recipe takes less than 30 minutes when they are ready-made.

WHAT IS BALSAMIC REDUCTION?

Balsamic reduction is a sweet and tangy syrup made from one ingredient. It’s a versatile pantry item that’s great to have on hand.

The recipe notes include complete fuss-free instructions for making your own balsamic glaze. It’s as straightforward as simmering fine balsamic vinegar on a stove until it’s concentrated and thickened.

You can substitute store-bought balsamic glaze, but you may want to read the label to assess how pure it is. Some products contain corn syrup and other additives. Plus, homemade always tastes fresher.

It’s easy to make your own! The best starts with high-quality, balsamic vinegar aged at least 12 years.

Once you try this roasted beets and greens crostini recipe, I’ll bet some of you are going to want to grow your own beets just to have the greens. Would you like a gardener’s tip? Lutz Green Leaf is an outstanding variety that won’t disappoint.

I would be thrilled to know if you tried this recipe! Leave a comment, rate it, and don’t forget to tag a photo #poppyswildkitchenrecipes on Instagram. Aloha! 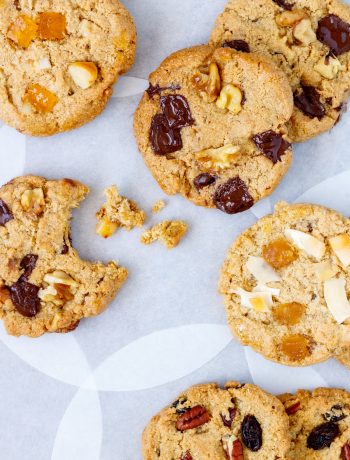