Roasted Cauliflower Lettuce Wraps are one of my favorite easy weeknight dinners. These bundles have an irresistible filling that is both sweet and savory. Chinese black fungus, crunchy almonds, and hoisin glaze compliment this vegetable once considered a wallflower.

Cauliflower used to sit sadly on the sidelines of a dinner dance floor. It’s no wonder why. American mothers of the ’50s taught their daughters to boil cauliflower to death like most other vegetables. Stinky steam wafted through the kitchen before the mushy, abused vegetable arrived at the table. Talk about reverse aromatherapy!

Mothers of the ’60s and ’70s knew there had to be a better way. They decided raw was the answer. Crisp and fresh cauliflower was born. This approach was a marked improvement. But something more was needed to tempt everyone to pick up those unassuming florets. We have to applaud whoever first decided to put raw cauliflower on a veggie platter with ranch dressing. By the 1980s, this creamy sauce was America’s most popular dip on a tray. It seemed people would eat about anything dunked in ranch dressing.

Let’s face it though. There is a problem when the sauce is more important than the vegetable used to dip it. It means that vegetable has not yet reached its glory. So, how is it that cauliflower is a right darling on the 21st-century dining scene? Restaurant menus across America feature buffalo cauliflower wings, and every day new ways to enjoy cauliflower are showing up. Why just this weekend I spotted cauliflower rice in the freezer section at Costco.

It turns out roasting, whether it’s in a pan or the oven, and spices with a kick bring out the sweet, nutty flavor in cauliflower. The filling for these lettuce wraps owes its toothsome, juicy texture to searing over high heat. Then, toasted sesame oil and fresh garlic round out the seasonings in hoisin sauce.

Would you like to join the new world of cauliflower lovers? Well, this recipe is your ticket in. After your first dance, you’ll want to try all sorts of cauliflower dishes. Yes, this Diva vegetable was once an ugly duckling. But that day is past. By the way, did you know cauliflower has green, purple, and orange varieties? I wonder what color you want your tasty hoisin Roasted Cauliflower Lettuce Wraps to be. 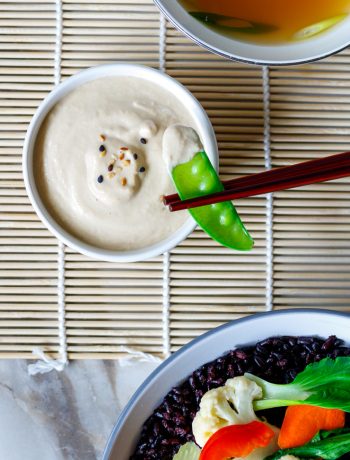 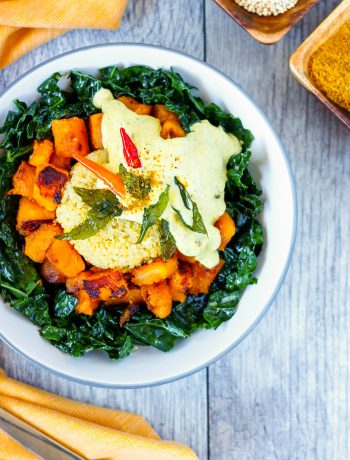